Edit: Since this post published less than two days ago had now been viewed by 50k+ unique users including many sites not in direct relationship to BDO, I must clarify with a bit of context for those not familiar with me and the community. I was a content creator for BDO specializing in mathematics and optimization, especially in gearing. My work is unique and no other known BDO player had been able to do what I do, as a result, this blog has thousands of unique clicks a day even when I don’t publish an article. When I do publish, that number can spike to over 10k. I had never been warned or banned on the forum previously for any bad conduct, and had always been considered among the most outspoken and logical members of the BDO community.

Yesterday in response to community outcry of Daum P2W policy, I wrote an extensive thread summarizing the thoughts and feelings the community had on Daum’s betrayal. The thread received universal support, with the popular post badge being awarded soon after posting. Many users expressed how well the thread summarized their feelings and thanked me for presenting their views in a clear, logical and concise manner. At the time of screenshot, excluding official posts, my thread was the most upvoted thread on the subject in the entire forums.

Because I already predicted what was likely going to be Daum’s response, I screenshotted the thread this morning. The full post can also be viewed on Pastebin here: http://pastebin.com/uPmTEpDi

And not surprisingly, they acted exactly as I predicted they likely would. I was banned on the forum and the thread was removed. 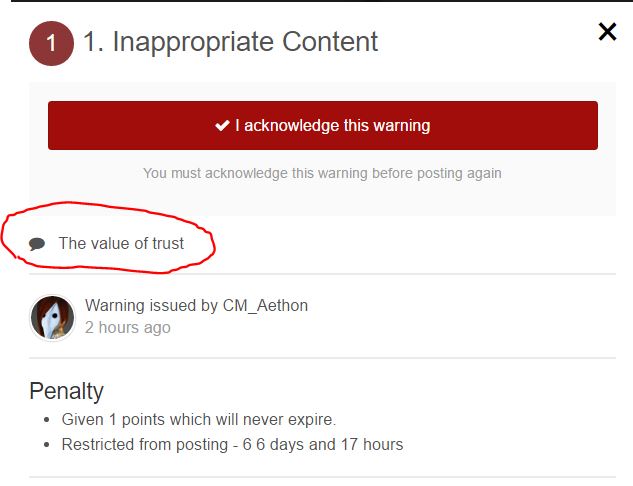 By doing this, Daum had clearly demonstrated they do not care about community feedback. In response to criticism, they chose censorship over transparent communication.

What did Jouska do after the community reacted to the announcement? Did he communicate and facilitate what’s going on? Did he listen to or at least acknowledge community feedback? No. He added an extra line to his announcement post to “clarify” why this is a good idea.

In fact, look at this.

Notice the difference? In response to negative feedback, feedback is no longer considered paramount to them. They also don’t seem to want to communicate on our behalf anymore.

Heck, why not remove the 5 items limit policy too?

Daum and P2W supporters would love to tell you how well KR is doing. It’s not. KR is basically dead. KR BDO is ranked like 81th on the list of popular online games played by Koreans. Can you even list 15 MMOs? 81th is straight up pathetic. Unlike Daum, here’s the citation: 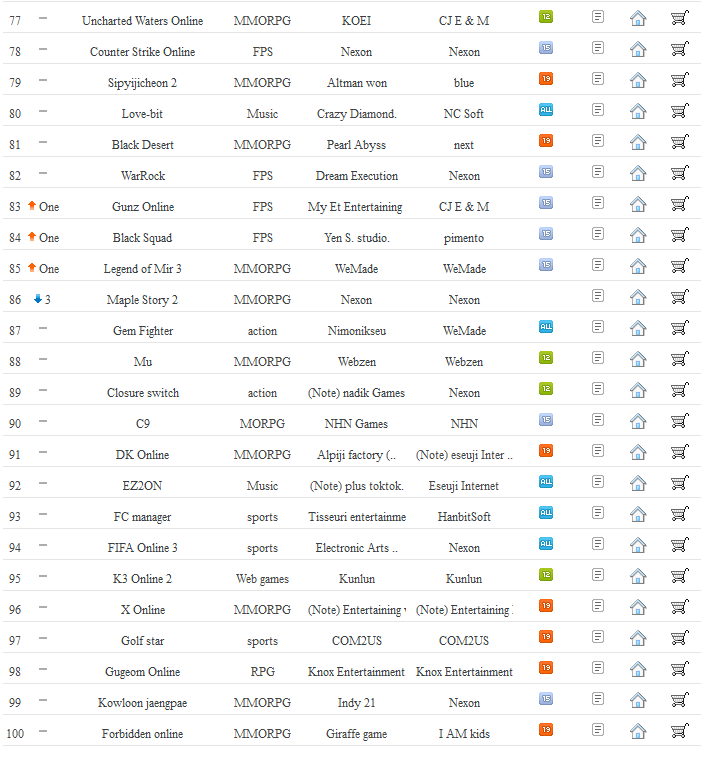 Edit: Some users consider 81st by GameNote too low and some sites also list BDO at around rank 20th. I don’t know which is more accurate, but regardless, the statistics are bad whether it’s 20th or 81st.

Even if they end up cancelling this decision, no reasonable person would ever trust them again. P2W only gets worse as a game gets older, so it’s inevitable they will pull something similar shortly down the track regardless.

In no way was my thread hate speech or irrational. My thread was not a bait and it was not inflammatory. I simply wrote down my view of the community’s feelings word for word. Daum silenced me, and thousands upon thousands of other users who share the same sentiment. Why acknowledge us? Just delete the thread and pretend it never existed.

I was going to just leave in silence when the patch hits. It would have been a feeling of disappointment mixed with regret. Now those emotions had been completely replaced with anger and discontentment. Daum’s disgusting behavior is unacceptable, and at this point in time, I had already requested my chargeback. Daum had undoubtedly broken all the promises for their product, this is a bait-and-switch. A few hundred dollars is nothing, but a company that acts like this deserves none of my money. This is not an issue of cost, this is an issue of principle.

BDO community consist of many ex-Archeage players who saw its rise and fall and was promised a new haven. It turned out, they simply misspelled hell. I urge the community to stand together and reject this tyranny. Let’s show them what trust is really worth.

81 thoughts on “The end of a short journey”

In this blog you'll find strategies and thoughts about BDO mechanics from a logical and mathematical perspective.

I don't claim to be right about everything and I do make mistakes. If you find a mistake please contact me. I will update the information with due credit.

Also please feel free to send me data and information with questions you want solved. If I find the questions important or interesting then I'll answer them here.